The instruments to be installed in an aircraft are, on the one hand, flight and navigation instruments, and, on the other, instruments of the power plant.3

ICAO establishes that the minimum required flight and navigation instruments are:

Airspeed indicator: The airspeed indicator presents the aircraft’s speed (usually in knots) relative to the surrounding air. It works by measuring the pressure (static and dynamic) in the aircraft’s pitot tube. The indicated airspeed must be corrected for air density (using barometric and temperature data) in order to obtain the true airspeed, and for wind conditions in order to obtain the ground speed. Altimeter: The altimeter presents the altitude of the aircraft (in feet) above a certain reference (typically sea-level, destination airport, or 101325 isobar according to the three different barometric settings studied in Chapter 2) by measuring the difference between the pressure in aneroid capsules inside the barometric altimeter and the atmospheric pressure obtained through the static ports. The variations in volume of the aneroid capsule, which contains a gas, due to pressure differences are traduced into altitude by a transducer. If the aircraft ascends, the capsule expands as the static pressure drops causing the altimeter to indicate a higher altitude. The opposite occurs when descending.

Magnetic compass: The compass shows the aircraft’s heading relative to magnetic north. It a very reliable instrument in steady level flight, but it does not work well when turning, climbing, descending, or accelerating due to the inclination of the Earth’s magnetic field. The heading indicator is used instead (based on gyroscopes, more reliable instruments).

Turn indicator (turn and slip): The turn indicator (also known as turn and slip) displays direction of turn and rate of turn. The direction of turn displays the rate that the aircraft’s heading is changing. The internally mounted inclinometer (some short of balance indicator or ball) displays quality of turn, i.e. whether the turn is correctly coordinated, as opposed to an uncoordinated turn, wherein the aircraft would be in either a slip or a skid.

Additionally, an indicator of exterior air temperature and a clock are also required.

The Course Deviation Indicator (CDI): is an instrument used in aircraft navigation to determine an aircraft’s lateral position in relation to a track, which can be provided, for instance, by a VOR or an ILS. This instrument can also be integrated with the heading indicator in a horizontal situation indicator.

A Radio Magnetic Indicator (RMI): is generally coupled to an Automatic Direction Finder (ADF), which provides bearing for a tuned NDB. While simple ADF displays may have only one needle, a typical RMI has two, coupling two different ADF receivers, allowing the pilot to determine the position by bearing interception.

ILS Instrumental Landing System: This system is nowadays fundamental for the phases of final approach and landing in instrumental conditions. The on-board ILS instrumental system indicates a path angle and an alignment with the axis of the runway, i.e., it assists pilots in vertical and lateral navigation. 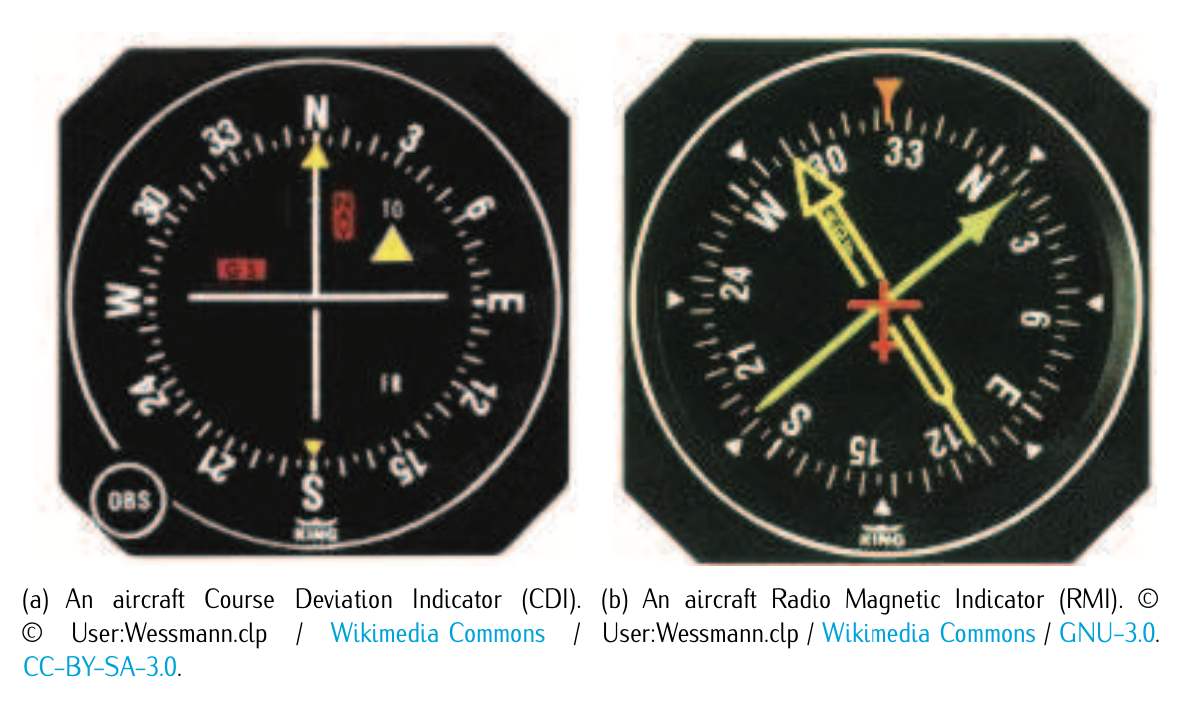 Figure 5.8: Navigation instruments: Course Deviation Indicator (CDI) and Radio Magnetic Indicator (RMI). Notice that the reading of these instruments is not covered in this course. Nevertheless, in Chapter 10 an interpretation is provided.

ICAO also establishes a minimum required set of instruments for the power plant. We will just mention a few, not going into details: 3. the content of this subsection has been partially based on Wikipedia flight instruments.