Weights of the aircraft

Let us start defining the different weights of the aircraft:

Limitation on the weight of an aircraft

Due to different features, such structural limits, capacity of tanks, or capacity of passengers and cargo, some of the weights have limitations:

A payload range diagram (also known as the elbow chart) illustrates the trade-off between payload and range. The top horizontal line represents the maximum payload. It is limited structurally by maximum zero fuel weight (\(MZFW\)) of the aircraft. Maximum payload is the difference between maximum zero-fuel Weight and operational empty weight (\(OEW\)). Moving left-to-right along the line shows the constant maximum payload as the range increases. More fuel needs to be added for more range. 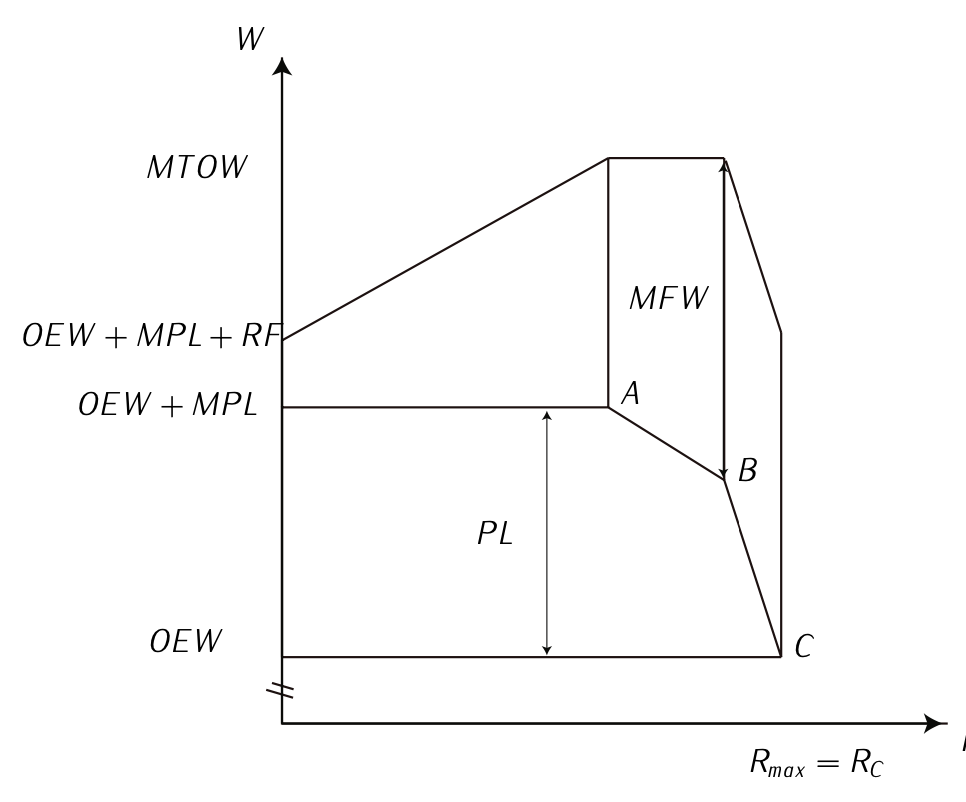 The vertical line represents the range at which the combined weight of the aircraft, maximum payload and needed fuel reaches the maximum take-off weight (\(MTOW\)) of the aircraft. See point A in Figure 7.9. If the range is increased beyond that point, payload has to be sacrificed for fuel.

The second kink in the curve represents the point at which the maximum fuel capacity is reached. Flying further than that point means that the payload has to be reduced further, for an even lesser increase in range. See point C in Figure 7.9. The absolute range is thus the range at which an aircraft can fly with maximum possible fuel without carrying any payload.

In order to relate the ranges with weights we can use to so-called Breguet equation: