A flowchart is a type of diagram that represents an algorithm, workflow or process. The flowchart shows the steps as boxes of various kinds, and their order by connecting the boxes with arrows. This diagrammatic representation illustrates a solution model to a given problem. Flowcharts are used in analyzing, designing, documenting or managing a process or program in various fields.[1]

The rounded rectangles, or terminal points, indicate the flowchart’s starting and ending points. Note: The default flow is left to right and top to bottom (the same way you read English). To save time arrowheads are often only drawn when the flow lines go contrary the normal. The rectangle depicts a process such as a mathematical computation, or a variable assignment. The diamond is used to represent the true/false statement being tested in a decision symbol. A program module is represented in a flowchart by rectangle with some lines to distinguish it from process symbol. Often programmers will make a distinction between program control and specific task modules as shown below. We will demonstrate various flowcharting items by showing the flowchart for some pseudocode.

pseudocode: Function with no parameter passing The next item is pseudocode for a simple temperature conversion program. This demonstrates the use of both the on-page and off-page connectors. It also illustrates the sequence control structure where nothing unusual happens. Just do one instruction after another in the sequence listed. pseudocode: If then Else 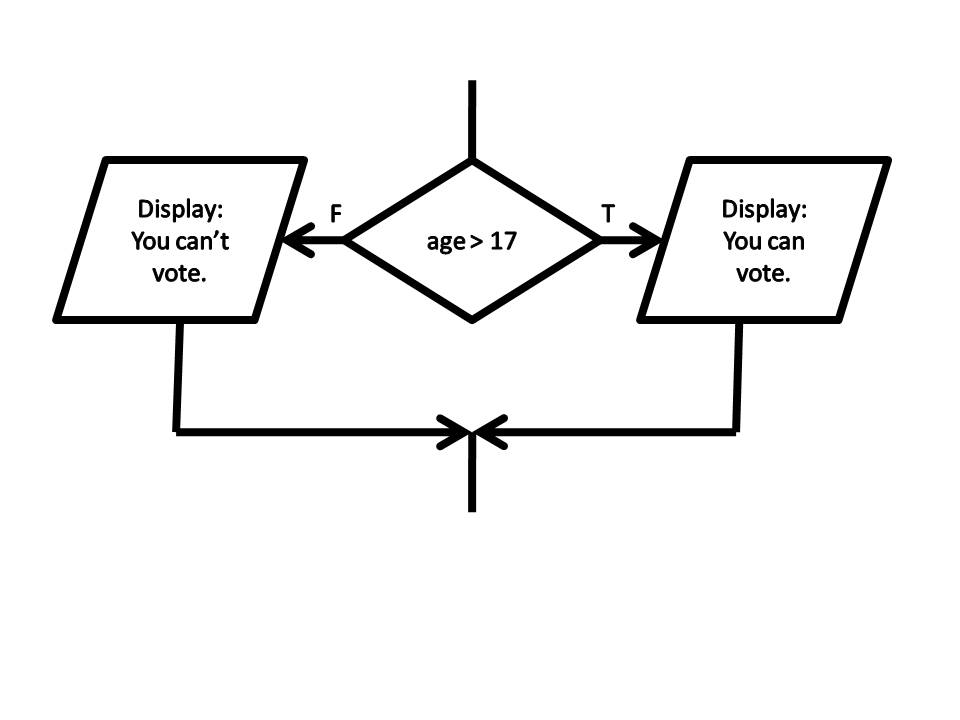 If then Else control structure Do While control structure decision symbol
A diamond used in flowcharting for asking a question and making a decision.

flowcharting
A programming design tool that uses graphical elements to visually depict the flow of logic within a function.

process symbol
A rectangle used in flowcharting for normal processes such as assignment.