Viscosity varies widely with temperature. However, temperature variation has an opposite effect on the viscosities of liquids and gases. The difference is due to their fundamentally different mechanism creating viscosity characteristics. In gases, molecules are sparse and cohesion is negligible, while in the liquids, the molecules are more compact and cohesion is more dominate. Thus, in gases, the exchange of momentum between layers brought as a result of molecular movement normal to the general direction of flow, and it resists the flow. This molecular activity is known to increase with temperature, thus, the viscosity of gases will increase with temperature. This reasoning is a result of the considerations of the kinetic theory. This theory indicates that gas viscosities vary directly with the square root of temperature. In liquids, the momentum exchange due to molecular movement is small compared to the cohesive forces between the molecules. Thus, the viscosity is primarily dependent on the magnitude of these cohesive forces. Since these forces decrease rapidly with increases of temperature, liquid viscosities decrease as temperature increases. 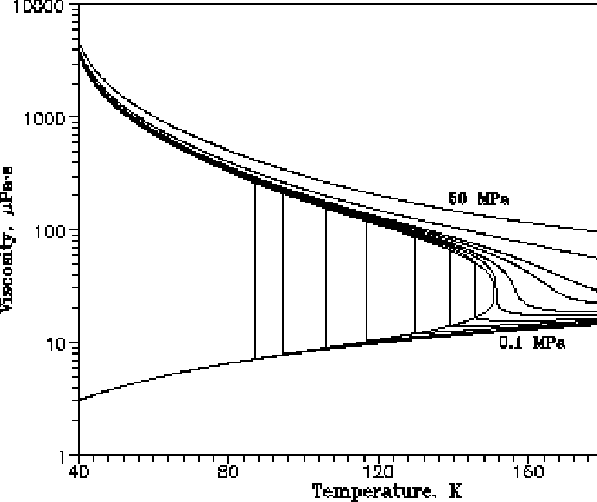 Figure 1.6. Nitrogen(left) and Argon(right) viscosity as a function of the temperature and pressure after Lemmon and Jacobsen.

Figure 1.6a demonstrates that viscosity increases slightly with pressure, but this variation is negligible for most engineering problems. Well above the critical point, both phases are only a function of the temperature. On the liquid side below the critical point, the pressure has minor effect on the viscosity. It must be stress that the viscosity in the dome is meaningless. There is no such a thing of viscosity at 30% liquid. It simply depends on the structure of the flow as will be discussed in the chapter on multi phase flow. The lines in the above diagrams are only to show constant pressure lines. Oils have the greatest increase of viscosity with pressure which is a good thing for many engineering purposes.