First, the terms on the left hand side, or the forces, have to be discussed. The forces, excluding the external forces, are the body forces, and the surface forces as the following

In this book (at least in this discussion), the main body force is the gravity. The gravity acts on all the system elements. The total gravity force is


\[ \sum \pmb{F}_b = \int_{sys} \pmb{g}\,\overbrace{\rho\, dV}^{\text{element mass}}
\label{mom:eq:gavity}
\] which acts through the mass center towards the center of earth. After infinitesimal time the gravity force acting on the system is the same for control volume, hence, 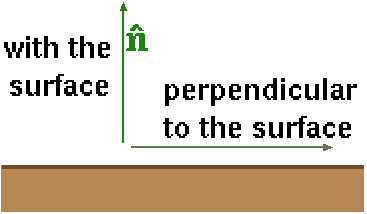 Fig. 6.1 The explanation for the direction relative to surface perpendicular and with the surface.

In this chapter, the surface forces are divided into two categories: one perpendicular to the surface and one with the surface direction (in the surface plain see Figure 6.1.). Thus, it can be written as