Solid materials are formed because the bonding between atoms forms a rigid structure. When atoms bond in solids, they form a covalent bond, which means that one or more electrons on a given atom are shared with neighboring atoms.

Here are some points to understand about bonding: 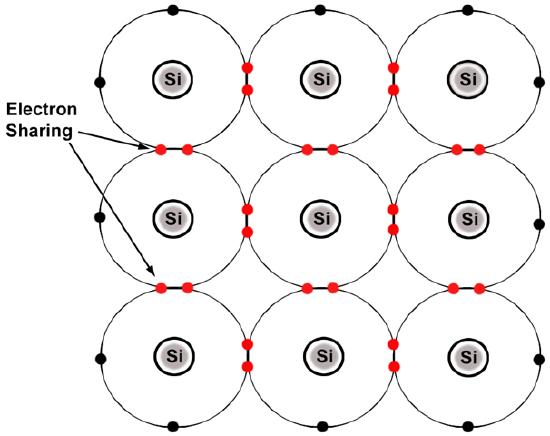 Above we see that silicon (Si) atoms all have half-empty valence shells, so these electrons are actually shared between neighboring silicon atoms.