C++ comes with libraries which provides us with many ways for performing input and output. In C++ input and output is performed in the form of a sequence of bytes or more commonly known as streams. 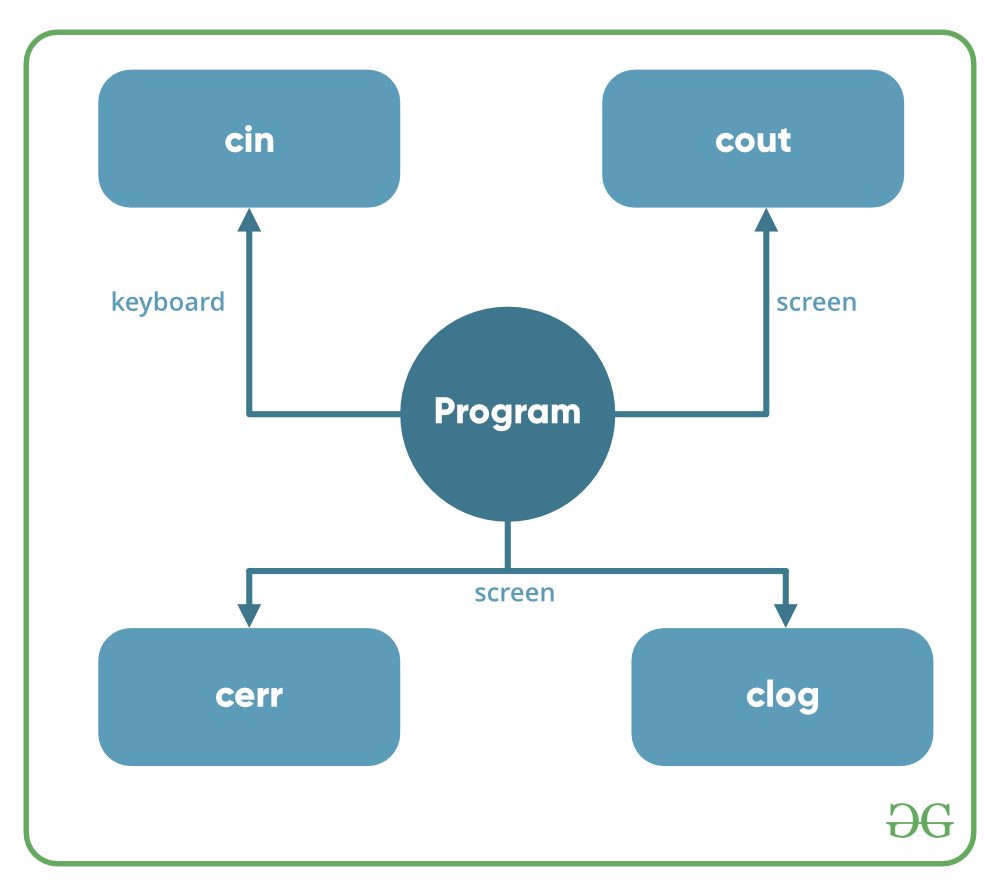 Header files available in C++ for Input/Output operations are:

This lesson mainly discusses the objects defined in the header file <iostream> like cin and cout.

Adapted from:
"Basic Input / Output in C++" by Harsh Agarwal, Geeks for Geeks is licensed under CC BY-SA 4.0