It is clear that either the impulse response (or the response to any other transient input) of a linear system or its frequency response completely characterize the system. In many cases experimental measurements on a closed-loop system are most easily made by applying a transient input. We may, however, be interested in certain aspects of the frequency response of the system such as its bandwidth defined as the frequency where its gain drops to 0.707 of the midfrequency value.

Since either the transient response or the frequency response completely characterize the system, it should be possible to determine performance in one domain from measurements made in the other. Unfortunately, since the measured transient response does not provide an equation for this

response, Laplace techniques cannot be used directly unless the time re­sponse is first approximated analytically as a function of time. This section lists several approximate relationships between transient response and fre­quency response that can be used to estimate one performance measure from the other. The approximations are based on the properties of first- and second-order systems.

It is assumed that the feedback path for the system under study is fre­quency independent and has a magnitude of unity. A system with a fre­ quency-independent feedback path fo can be manipulated as shown in Figure 3.16 to yield a scaled, unity-feedback system. The approximations given are valid for the transfer function \(V_a/V_i\), and \(V_o\) can be determined by scaling values for \(V_a\) by \(1/f_o\).

It is also assumed that the magnitude of the d-c loop transmission is very large so that the closed-loop gain is nearly one at d-c. It is further assumed that the singularity closest to the origin in the s plane is either a pole or a complex pair of poles, and that the number of poles of the function exceeds

the number of zeros. If these assumptions are satisfied, many practical systems have time domain-frequency domain relationships similar to those of first- or second-order systems.

The parameters we shall use to describe the transient response and the frequency response of a system include the following. 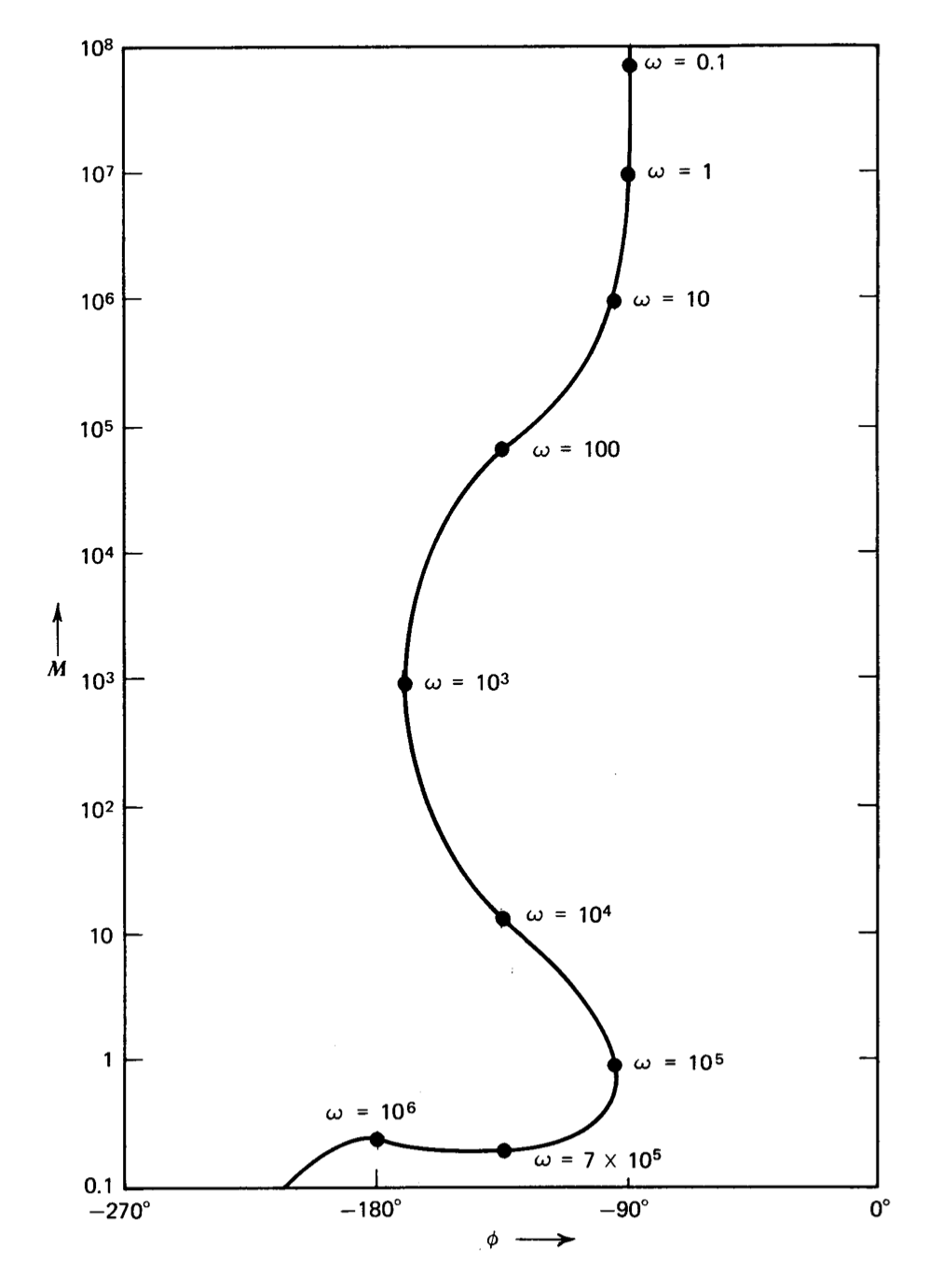 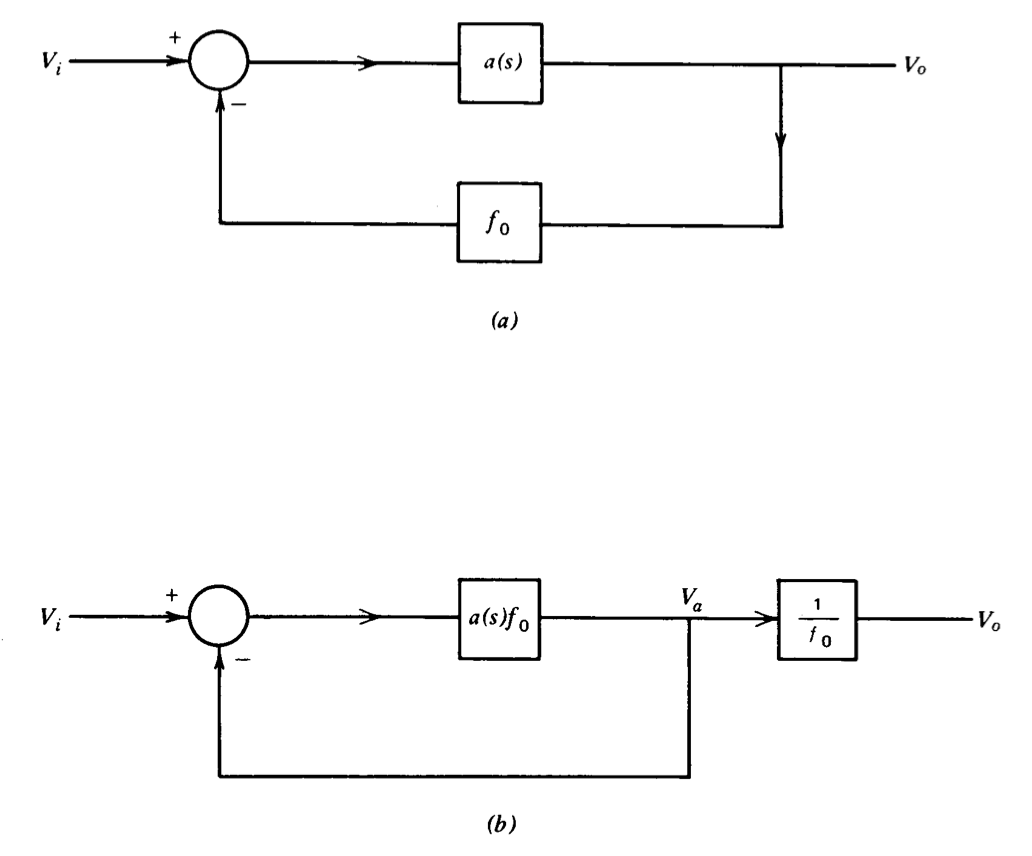 These definitions are illustrated in Figure 3.17.

One final comment concerning the quality of the relationship between 0.707 bandwidth and 10 to 90% step risetime (Equations \(\ref{eq3.5.1}\) and \(\ref{eq3.5.7}\)) is in order. For virtually any system that satisfies the original assumptions, in­dependent of the order or relative stability of the system, the product \(t_rf_h\) is within a few percent of 0.35. This relationship is so accurate that it really isn't worth measuring \(f_h\) if the step response can be more easily determined.